Riding Towards Emptiness is a filmic, performative, and installational narrative created in close collaboration with actor Rosalinde Mynster.

Riding Towards Emptiness is centred on the thirty-two-minute film En trup og en dans om drømme (A Troupe and a Dance about Dreams). In it, Toubro examines—through theatrical, absurd, and caricatured acting—the relationships, roles, and power hierarchies emerging amidst a group of young friends who, together, have created a biodynamic pop-up restaurant in town. The homogeneous group of friends promote the hip culinary culture of the time while also observing a special set of dogmatic rules for their close-knit community. They are free, independent, idealistic, and experimental. However, one day, external factors appear to put their social dogmas to the test.

The film’s rhythmic tempo and narrative drama is underpinned by the music delivered by a couple of the characters in the group—played by the musicians themselves (Jakob Emil Lamdahl Pedersen and Adam Kjær Nielsen)—either as acoustic melodies or song. Toubro has sourced her inspiration in the medieval troubadour, an itinerant figure who would entertain the bourgeoisie with intellectual and socio-critical songs and ballads—often with a humorous twist. The troubadour was an artistic and free-thinking agent with the gift of the gab. Likewise, Toubro’s young friends are clear about their ideals, but their unshakeable codices are challenged when the city’s authorities puncture the idyll and the friends resort to entrenching themselves in nature. In this new setting, the group is faced with another challenge. Will they, with their self-invented moral compass, feel liberated and free in the realm of nature? Or will the sense of boundlessness drive them into moral decline?

In continuation of the film, Toubro has created a sculptural and scenographic installation, reusing the physical materials from the troupe’s mobile restaurant van in two new configurations: a long foldable system wall functioning as a room divider for the film and as storage space for much of the troupe’s tools and props and a long production table resembling an old-fashioned manual textile production unit with sewing machines, piles of fabric, and hand-drawn templates of abstract tool shapes. In the centre, a car radio is playing the troupe’s own radio channel. The elements appear as vitalised stage sets and props from the film, promoting the sense of the exhibition as total theatre. During the exhibition period, the film’s characters will occasionally through performative acts activate the installation.

Based on the theory that modern man’s upholding his self is dictated by the outside world rather than an inner being, Toubro spikes her own generation’s hipster and performance culture in Riding into Emptiness. She explores how people’s basic need for meaning and authenticity takes form and how the vital meaning of dreams is abandoned in favour of the realities of life. 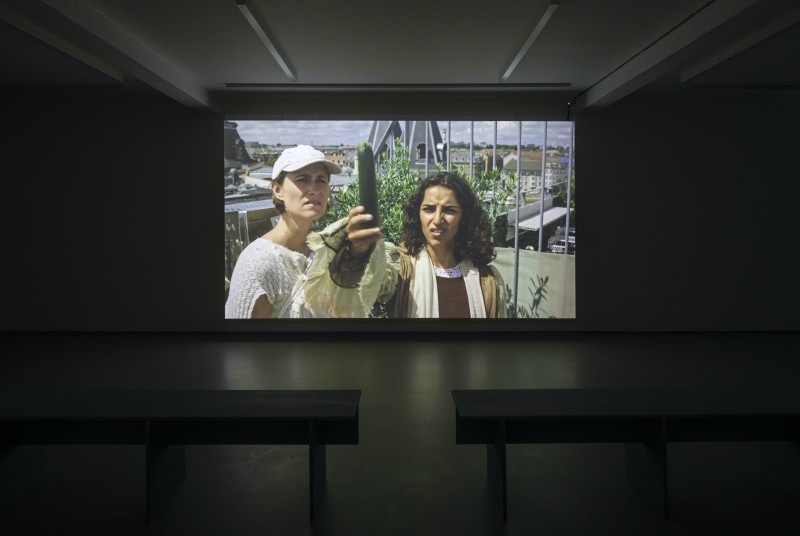 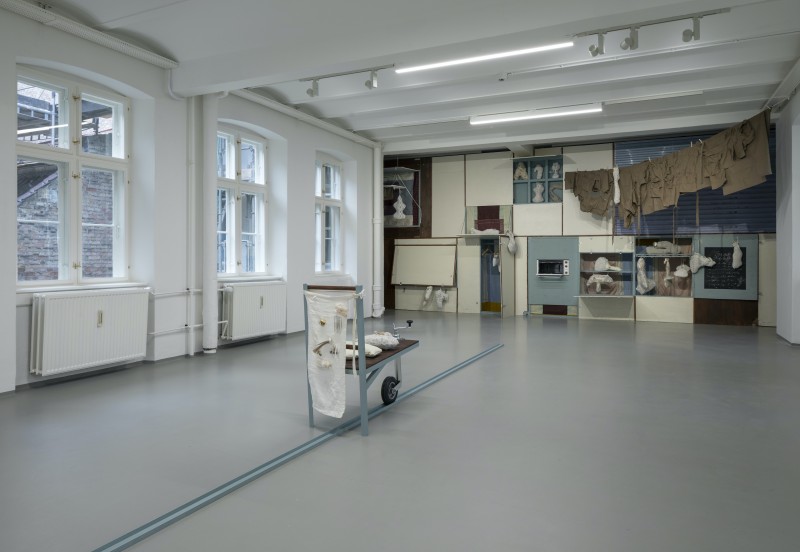 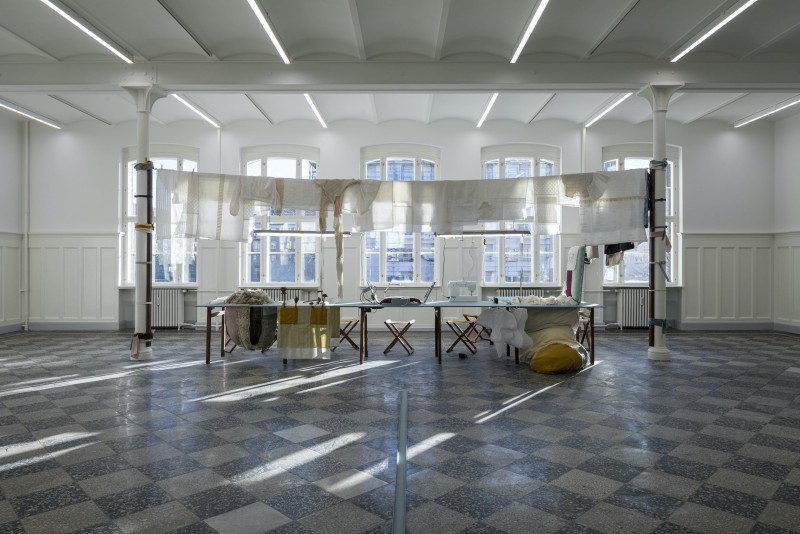 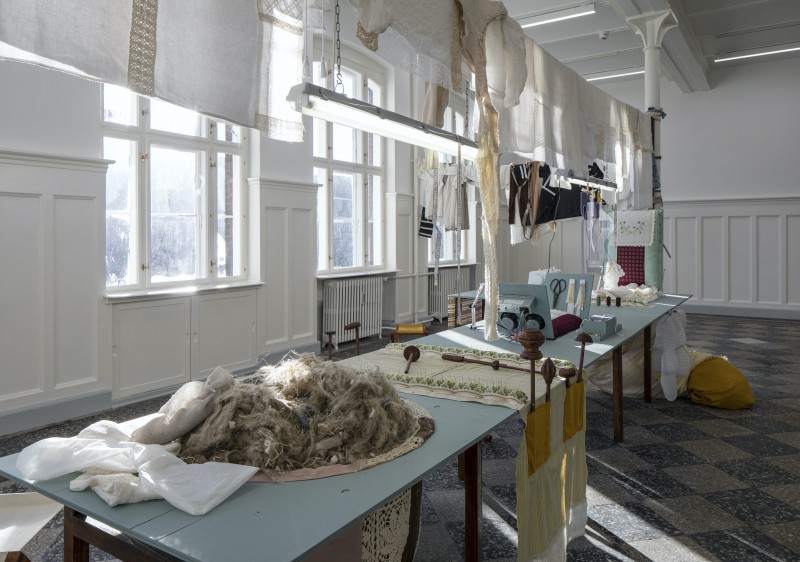 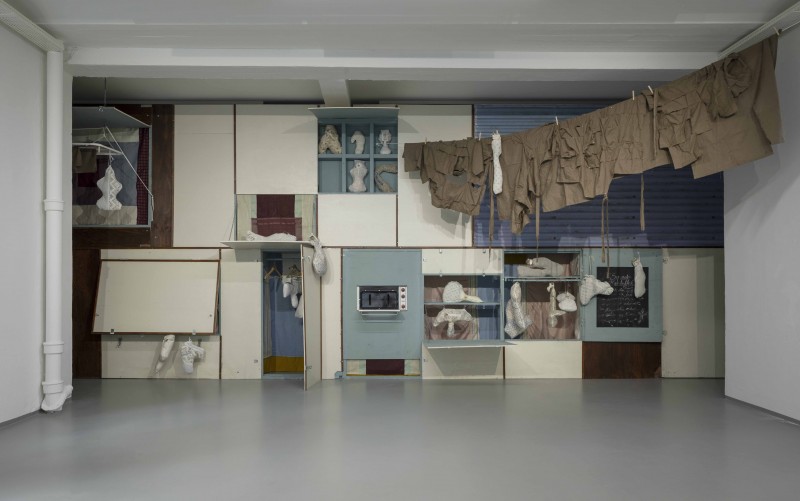 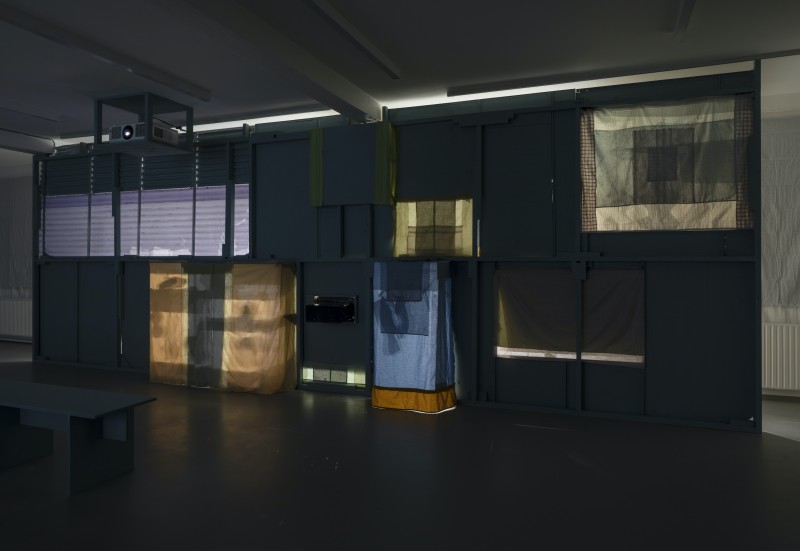 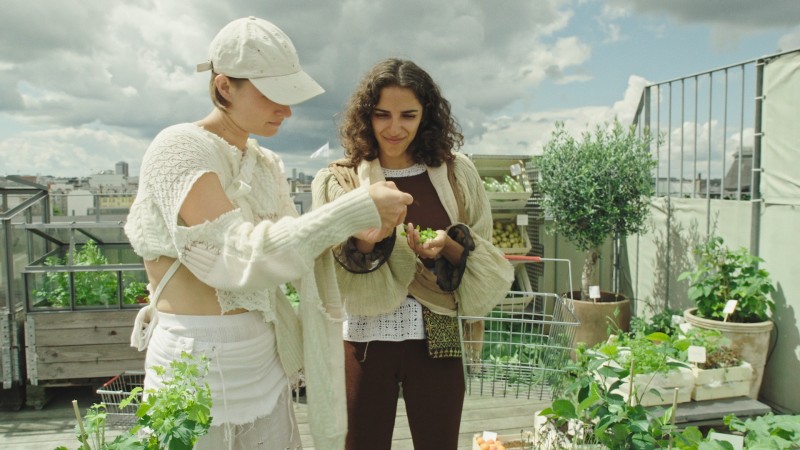 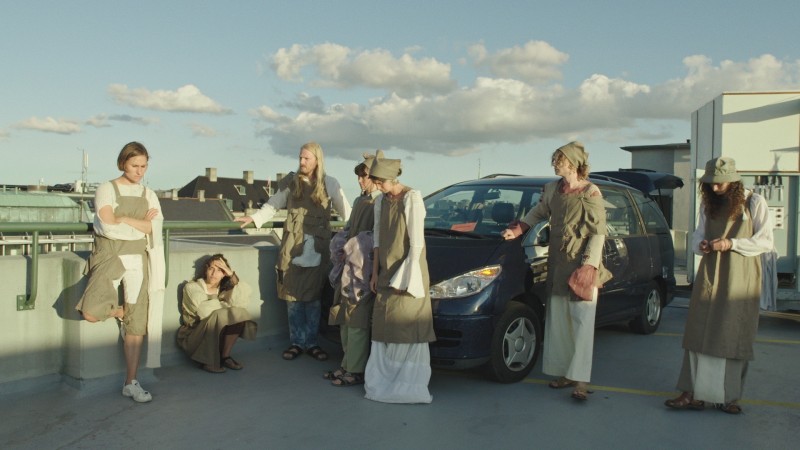 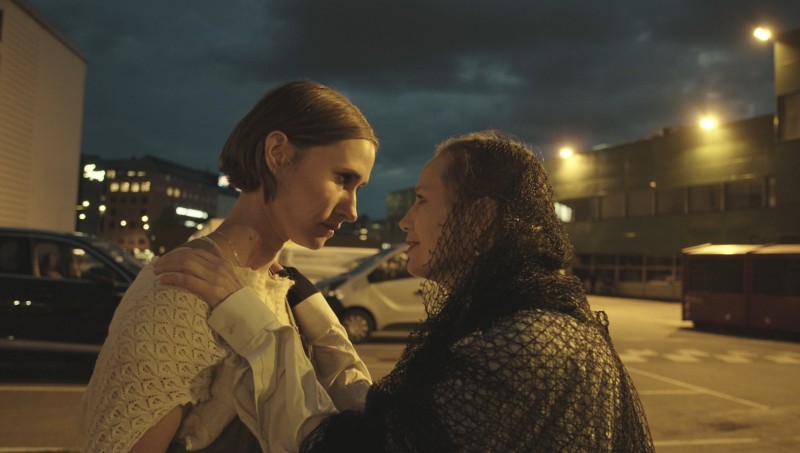 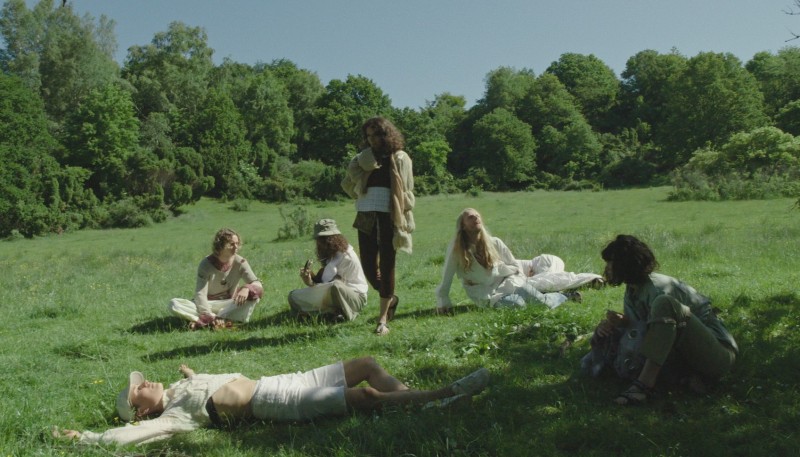 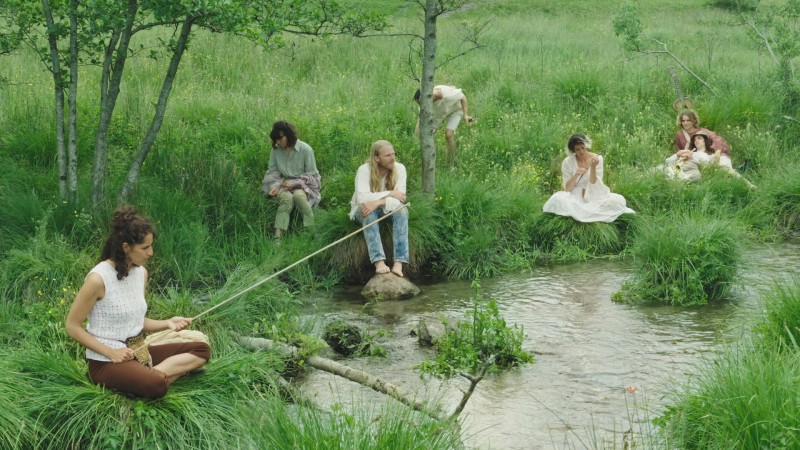 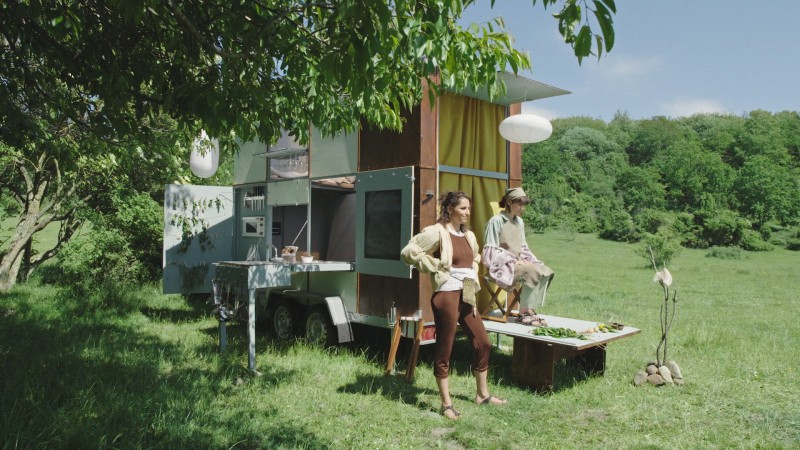